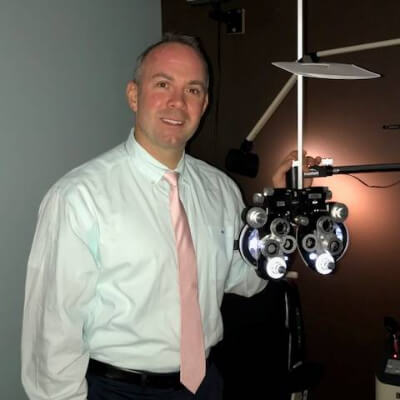 Dr. Kartesz was born in West Virginia and raised in Ludlow, a small town in northwestern Pennsylvania.  He graduated from Kane High School in 1991 and continued his education at Penn State University, graduating magna cum laude in 1995 with a degree in Biology.  From there his schooling took him to Memphis, TN, where he spent four years and graduated from Southern College of Optometry in 1999. Dr. Kartesz moved back to his hometown and worked for a private practice optometrist from 1999-2003.  Dr. Kartesz moved to Roanoke in 2003 when he purchased the Roanoke Peters Creek Road practice. In 2006, he purchased the Rocky Mount practice from optometry school friends.  He continues to enjoy all of the new and established patients he gets to help each week. His hobbies include hunting, fishing and golf.  He is an avid bass fisherman, having been sponsored by Anglers Choice and Ranger Boats for the past ten years.

Open Saturday's by appointment only

Open Saturday's by appointment only.